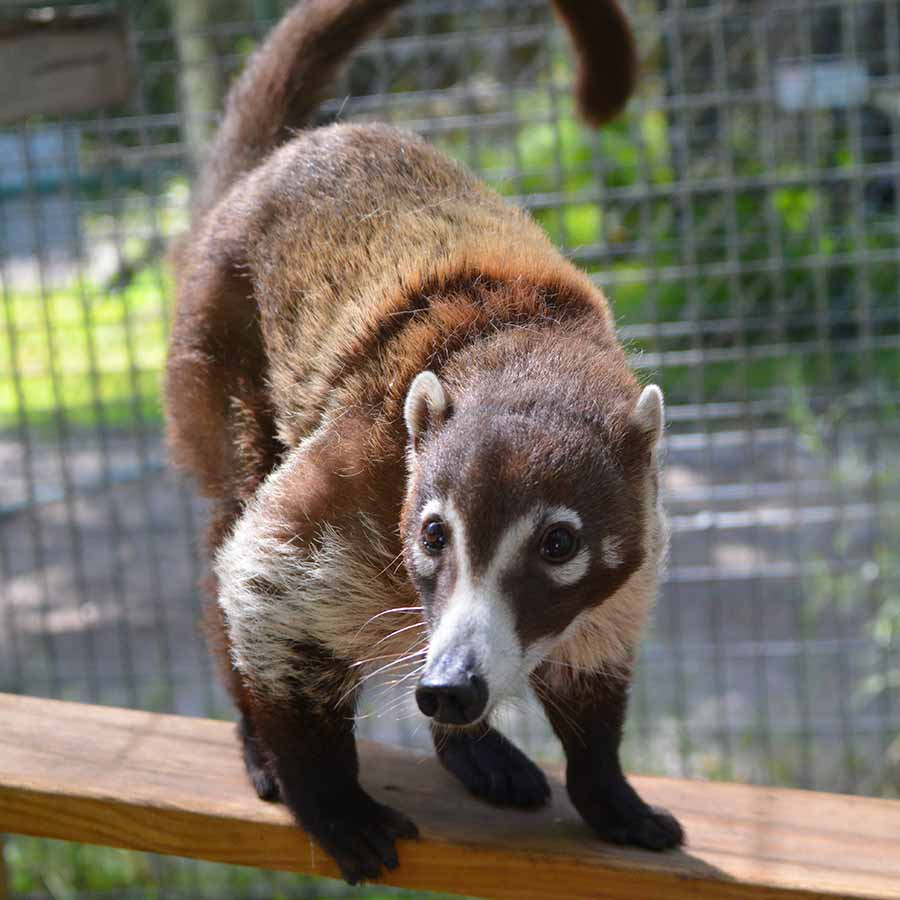 Squeakers was rehomed on June 2, 2016, from Las Vegas, NV. For 12 years, she was a very loved and pampered private pet along with her “brother,” Mischief. Their human parents had recently moved and, sadly, their HOA would not allow them to be kept as pets. It took some time, but we finally found a flight for both Squeakers and Mischief. There had to be no more than one layover and the temperature had to be just right! Dr. Stuart, our Animal Health Coordinator, flew out to meet them and their parents. The following day, they flew back to Jacksonville on the same flight.

When she first arrived, she and Mischief were kept in isolation – indoors with our Director. She received a vet check-up by Dr. Avery, per usual. They are quite well-behaved and enjoy accompanied walks around the sanctuary when we’re closed! They have now adjusted to their outdoor habitat and enjoy climbing and enjoying their new home. They are very affectionate and love to give hugs too! They are missed dearly by their humans but do stay in touch through FaceTime.

Ultimately, she may be introduced to Cody and Callie, our other coatimundis, to see if they can live together. Although they don’t care for raw meat, they get a balanced diet of rotisserie chicken, brown rice, pasta, some soups, monkey biscuits, eggs, and fruit! She LOVES lo Mein noodles as a treat! She is a bit more social than Mischief, as females would be, and loves any and all attention!

Be sure to look, and listen, for her when you visit! She squeaks, just like her namesake!