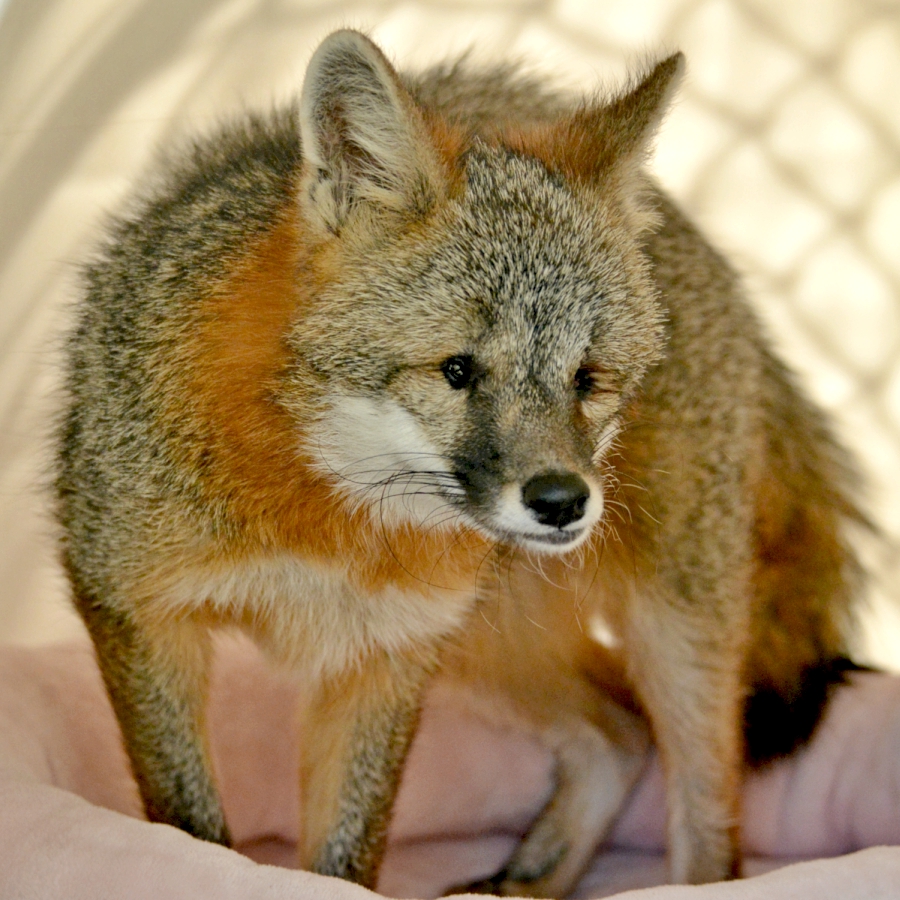 Piper was approaching her 3rd birthday when she arrived at Catty Shack Ranch along with four tigers on December 12, 2017. The animals had resided at a private facility in South Florida which had sustained damage during Hurricane Irma. We were asked to give a forever home to the 4 big cats to alleviate some of the financial burden of storm damage repairs.

Piper was a wonderful surprise! When Ranch personnel arrived at the facility to transport the tigers, the first animal they met was this little grey fox. We fell in love with her, asked if we could be her new loving home and when given approval, loaded her up for the journey to Catty Shack Ranch. Not being a feline, Piper is one of our “honorary cats.”

We are grateful to be able to care for all our residents and Piper’s life story gives us even more reason to appreciate her. She was born totally blind to a wild mother who was receiving care in a wildlife rehab center. Piper would not have survived in the wild. Lacking sight, she will enjoy her own enclosure or only be paired with a fox that will not pick on her for her disability. She lives near other foxes too, allowing her to hear and smell them, and communicate with them if she chooses.

One behavior we’ve noticed about Piper is how she circles around whenever she is unsure of a situation – a change in her habitat or the presence of unfamiliar stimuli. This is called “mapping” – she slowly enlarges the area she circles in, finding her boundaries. As she becomes comfortable in her surroundings, she exhibits this pattern less often and her movement while “mapping” slows also. This behavior is common in animals who’ve always been totally blind. Grey foxes have keen senses of hearing and smell. Without her sight, Piper’s other senses must compensate.

Grey foxes (also spelled gray foxes) are also called tree foxes. They are unique among foxes and one of few species in the canine family who can climb trees. They will climb to rest, escape from predators and insects or reach food. They can descend from a tree either head or tail first and use their sharp non-retractable claws to grab into the wood.

Piper enjoys a healthy diet of raw meat, portions appropriate to her age, size and nutritional needs. All our animals receive regular veterinary care and are very much loved.