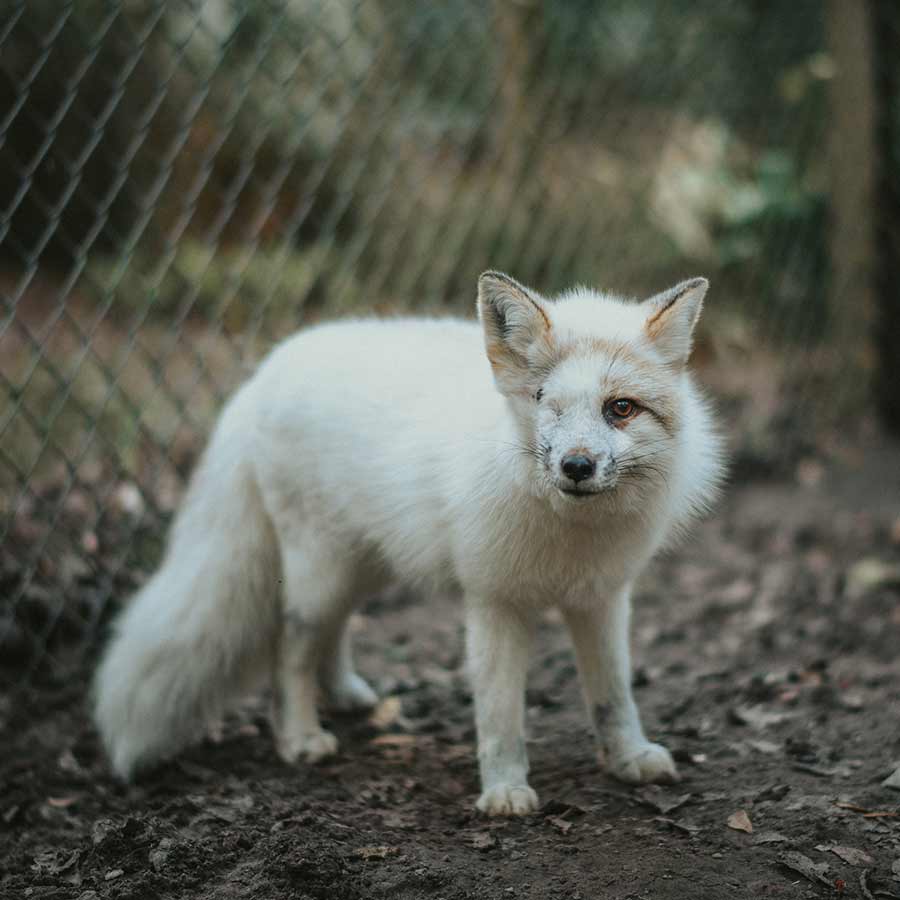 Chula, our Arctic marble fox was approximately 8 months old when she arrived at Catty Shack Ranch on December 11, 2010. She had been surrendered by a private owner to the Wildlife Rescue Coalition of Northeast Florida. Wildlife Rescue was aware that we’d had foxes at the Ranch and asked us to provide this active little girl with a forever home.  We named her “Chula” which means “fox” in the Choctaw language. Belonging to the canid family as opposed to the felid family, Chula is considered one of our “honorary cats.”

Visitors immediately notice her striking markings – dark tipped ear points, a dark muzzle and eyebrows with a dark stripe along her backbone from head to tail. This color variation was created for the fur industry by breeding arctic and red foxes together. You wouldn’t see one like her in the wild. She is especially beautiful in the winter when she’s clad in her full, fluffy coat. It is hard to believe that under all that fur is an animal whose body isn’t much larger than a house cat!

Chula was treated for squamous cell carcinoma, an aggressive form of cancer, on her face in 2016. Surgery to remove the entire tumor resulted in a loss of tissue, some bone, and her right eye. Radiation treatments followed to make sure the cancer was completely gone. Even after only a few months, all her skin has healed and her facial fur has grown back. That side of her face looks like she is winking at you. She has not slowed down or changed her life at all!

Chula and her pal Tippy love to burrow in the ground in their habitat (yes, there is mesh underneath!). They chase each other around a path of tunnels, tubes, and platforms. If you are lucky, they will tell you what a fox says – “Yip! Yip!”

Chula enjoys a healthy diet of raw meat, berries, and eggs portioned appropriately to her age, size, and nutritional needs. All our animals receive regular veterinary care and are very much loved.